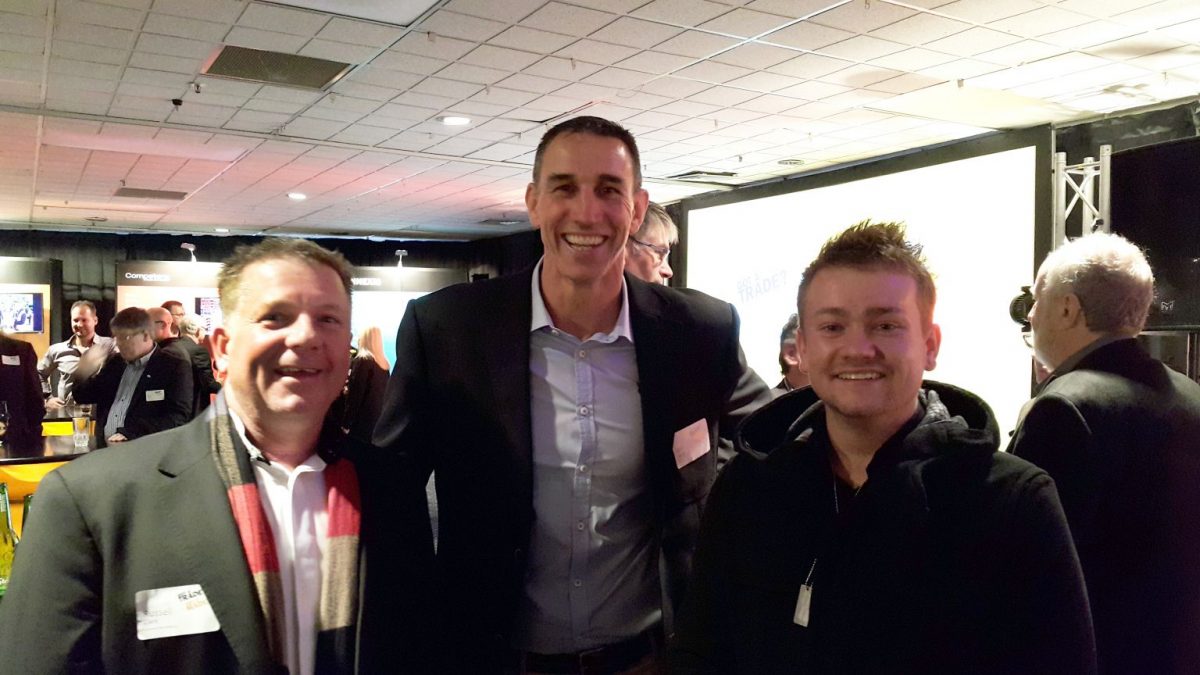 The 20 year old, employed by Licensed Renovations in St. Lukes and trained through the BCITO, impressed judges who say Cody impressed them with his attitude and eagerness to learn.

“Cody has a good understanding of building techniques, codes and the regulatory environment. He had a well put together entry submission and his site visit continued the strong showing he had at the interview stage,” they said.

“He was well supported by his employers who spoke in glowing terms of ability, attitude and ability to work with other team members. Cody is a deserving winner in a field of very competent apprentices.”

Cody was awarded an array of prizes, including his choice of either a study grant to the value of $2,000 or $2,000 to spend at Carters and a place at an Outward Bound Leadership Programme, as well as the sought-after title of Auckland Registered Master Builders Carters 2014 Apprentice of the Year.

Second place in Auckland was awarded to Shaun Lovell, 20, of Tuakau, employed by Nick Bosanac Builders, while third place went to Oliver Starr, 20, of Mt Wellington, employed by Harris Built Limited in Meadowbank.

The results were announced at an awards evening at Bluestone Room in Auckland on Thursday 4 September.

Registered Master Builders acting chief executive Brendon Ward says it is gratifying to see a strong group of contenders putting themselves forward to be judged against their peers at this year’s Apprentice of the Year competition.

“Apprentices who are willing to stand up and strive to be the best they can be demonstrate the excellent talent coming through our building and construction industry. The builders who take on those apprentices should also be praised for their contribution to the growth and succession of the sector.”

Simon Henderson, General Manager Sales & Operations at Carters, says the Apprentice of the Year competition aligns with Carters’ business priority of encouraging and recognising success within the building and construction sector.

“As the building industry continues to strengthen and expand, it’s important that apprentices continue to strive for excellence. We believe Apprentice of the Year encourages best practice right from the beginning of a builder’s career,” he says.

Cody will now go on to compete against the winners from eight other regions at the national competition in Auckland, where each apprentice will undergo a 45-minute interview with the national judging panel.

Finalists will then compete in a practical carpentry challenge where each apprentice will be tasked with completing a small building project, to be gifted to local charities on completion. The practical challenge will take place at The Cloud on Friday 17 October and will be open to the public.
The winner of the Registered Master Builders Carters 2014 Apprentice of the Year will then be announced at an awards dinner at The Cloud.

Apprentices, employers and young people aspiring to be a part of the construction industry are encouraged to join the Facebook page: www.facebook.com/apprenticeoftheyear and for more information visit www.apprenticeoftheyear.co.nz.

Owned by the Registered Master Builders Association, the Apprentice of the Year competition is made possible thanks to principal sponsor Carters, the Building and Construction Industry Training Organisation (BCITO), and supporting sponsor the Ministry of Business, Innovation and Employment (MBIE).