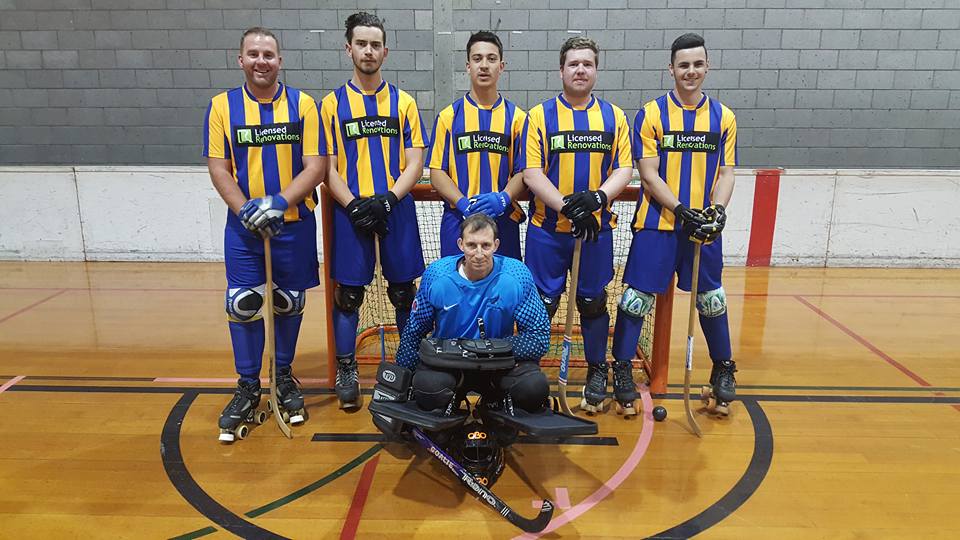 Russell Clark donned his first pair of roller skates when he accompanied his sister to a public skating session in Wanganui — he was just 6 years old.

Initially the youngster threw himself into speed skating before discovering roller hockey when the family moved to Auckland.

Then aged 11, he joined the Papatoetoe Roller Sports Club and has scarcely missed a session, other than one season playing professional roller hockey in Pescara, Italy, when he was 19. Before you know it they are representing New Zealand. These guys gain a sense of pride and belonging — they grow into good men.

Roller hockey is more than just a sport for Clark.

While coaching his 5- year- old son Nathan’s Papatoetoe football team, Clark would take the kids to the local rink for wet- day training. Nathan followed his father into roller hockey, and brought soccer teammates Kadin Murray and Dean Tonkin with him.

Nathan plays for the under- 20s while the two older boys — who are apprenticed to Clark in his building business — do double- duty in the under- 20s and senior men’s teams.

Clark enjoyed introducing youngsters to roller hockey when the Papatoetoe rink was still in use, and declining representation in the sport troubles him.

“I’ve seen South Auckland kids from broken homes that have nothing to hold on to until you introduce them to a sport. They might do well — maybe represent their club — before you know it they are representing New Zealand. These guys gain a sense of pride and belonging — they grow into good men.

“At Papatoetoe we sometimes had 80 young learners come along to the rink after school — the kids had somewhere to go. How can we take the sport to schools now? You have to provide kids with skates, pads, and a rink.”

Clark coached New Zealand to a win over Australia in last year’s Transtasman Cup; this year he i s excited to be back in his skates, and travelling to Melbourne in August to play in the defending team.